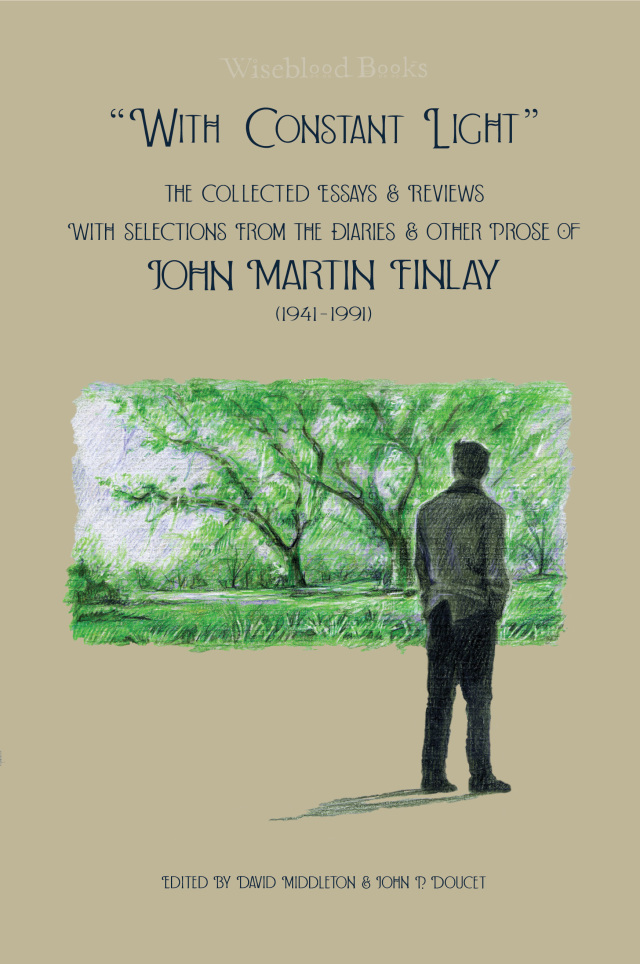 “With Constant Light”: The Collected Essays and Reviews, with Selections from the Diaries, Letters, and Other Prose of John Martin Finlay (1941–1991)

John Martin Finlay (1941-1991) was born in Ozark, Alabama. Finlay received his Ph.D. in English from Louisiana State University in Baton Rouge in 1980, the same year he converted to Roman Catholicism.

Following the line of argument in the essay “Mere Literature and the Lost Traveller” by Allen Tate (1899-1979)—fellow southerner, poet-critic, and convert to Roman Catholicism—Finlay searched for, detected, and then subjected to an analysis both passionate and dispassionate certain Gnostic beliefs concerning the relationship between God (as the detached and absent Deus absconditus), the human mind, and the natural world. Finlay discovered this sometimes-hidden presence of Gnosticism not only in self-consciously modern writers such as Flaubert, Valéry, Nietzsche, Freud, and Kafka but even in some of the theological writings of Cardinal John Henry Newman and in the poetry of the poet-priest Gerard Manley Hopkins. At the same time, Finlay, as he well knew, was confronting such Gnostic demons in his own life and mind. Finlay described his analysis of the Gnostic spirit in modern writers as a “journey through hell.”

This Wiseblood Books edition of Finlay’s prose writings is the most comprehensive edition to date, bringing together for the first time all of Finlay’s essays and book reviews, his one known short story, statements about poetics, and other prose writings including selections from Finlay’s letters and diaries. Two of the four appendices—one by Lewis P. Simpson and one by David Middleton—put into historical context, and the context of Finlay’s own life, the essays that make up his posthumously published book on Gnosticism and Modernity. For this Wiseblood Books edition, these essays have been re-edited and the original title of the book has been restored: Flaubert in Egypt and Other Essays. An updated bibliography of works by and about Finlay is included at the end of the volume