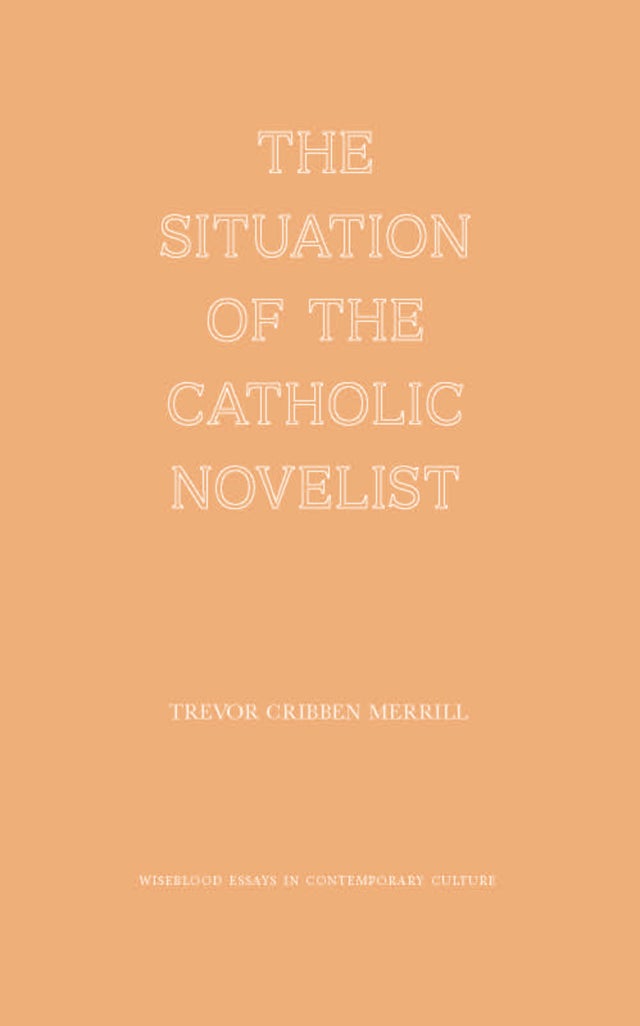 The Situation of the Catholic Novelist, by Trevor Cribben Merrill

Catholic novelists enjoy greater visibility in American letters today than they did almost a decade ago, when Dana Gioia offered a sobering diagnosis of decline in “The Catholic Writer Today.” Major contemporary authors have invoked Bernanos, Waugh, and other legends as their literary ancestors, and a small but active cohort of Catholic writers has answered Gioia’s call to renew their tradition. This flourishing has coincided, however, with aggressive challenges to the basic tenets of Christianity in mainstream culture. In the words of Piers Paul Read, any writer known to hold traditional views on social and moral questions “not only limits his appeal among readers: he is even seen as an enemy of enlightenment and progress.” Outside of a small subculture, it is rare to meet with the bold conviction—at once religious and artistic—that gave such works as Sword of Honour and Wise Blood their distinctive blend of moral seriousness and dark comedy.

Under these perilous conditions, can today’s writers bridge the divide between religious faith and the secular audience for fiction? In this swift yet comprehensive survey, Trevor Cribben Merrill considers the works of Martin Mosebach, Christopher Beha, Randy Boyagoda, and many others. Even as these novelists demonstrate the resurgent vitality of the Catholic vision in our era, their work also highlights the difficulty of combining theological weight and artistic skill in a cultural context that strongly encourages their separation.

"Too often when the modern reader considers the situation of the Catholic novelist, it ends with the same tired lament: 'Where, in today’s Catholic landscape, are the O’Connors and the Percys, the Waughs and the Mauriacs?' In this incisive essay, Trevor Cribben Merrill offers an appraisal that is keen and penetrating, a vision that is hopeful and bold. There is a nexus where Catholicism, culture, and craft meet, and Merrill’s essay calls us to that center again and again. W.H. Auden purportedly said, 'You owe it to us all to get on with what you are good at.' Catholic novelists, your time is now."

"Trevor Merrill’s essay on the Catholic novelist is more than an essay. It is a comprehensive and illuminating study of a literary tradition showing new promise in the 21st century. His work is deeply researched and elegantly written. It serves as a timely exploration of the varied approaches of modern Catholic novelists who are writing for an audience stranded between two worlds—a fading post-religious culture of freedom from the imperatives of religious faith and a surging post-secular culture tormented by the emptiness of unbelief."