Thanks to a continued confluence of magnanimous donors, dedicated editors, and gifted writers, as well as a liberal dose of Divine providence, Wiseblood Books continues to bear witness to literature marked by a cosmic scope and a contemplative realism. Not merely through our own catalogue, but in a wide range of presses and places, a critical mass of art inflected by faith is upon us. About a decade ago, Dana Gioia issued a summons: it's time "to leave the homogeneous, characterless suburbs of the imagination," he said, time to renovate the old immigrant districts of Catholic literary culture:

Starting the renovation may seem like a daunting task. But as soon as one place is rebuilt, someone else will already be at work next door, and gradually the whole city begins to reshape itself around you. Renovation is hard work, but what a small price to pay to have the right home.

We who have worked tirelessly to pay that price can say without qualms: amen. A small price to pay. A pittance for so many friendships, so much life-changing literature.

Here are some high water marks of this past year, as well as tidings of the good things to come:

Works of Mercy, a novel by Sally Thomas. Commonweal literary critic Anthony Domestico included Works of Mercy in his Best Books of 2022. Sally solicited a bravo of belly laughs as she read from her novel at the 2022 Future of the Catholic Imagination Conference alongside Ron Hansen and National Book Award-winning author Phil Klay. (Wiseblood Books also hosted a panel at the conference: Katy Carl, Trevor Merrill, and Glenn Arbery each read from their novels.) Works of Mercy, writes Paul J. Pastor, is "large in spiritual vision and deep and assured in literary execution." It is a book that "believes on every page, but never once preaches." In her review for Tiny Molecules, Joan Bauer discovers "there are no false notes here. With a pure voice and a complete lack of egotism, Sally Thomas tells a good story all the way down." Registering his response to "one of this year's true gems" in Fare Forward, Aarik Danielsen remarks that Works of Mercy is "good the way an answered prayer is good."

100 Visions of War, haiku poems composed by Julien Vocance (1878-1954) and translated into English for the first time by distinguished poet Alfred Nicol. Where classical Japanese haiku traditionally speaks of the beauty of Nature, Vocance uses the form to depict the horror and brutality of armed conflict, as seen from the trenches of World War I. Dana Gioia's expansive preface situates 100 Visions of War as "a major poetic testament of the Great War" that is both accessible and emotionally engaging. "More than a century after its publication, Vocance’s sequence has lost neither its shock value nor its strange tenderness." Joseph Donahue, Professor of the Practice at Duke University, finds that "each flash of the battlefield, each haiku, is a compelling ode to what can go away in a second, and to what remains, even amid annihilation." Marveling over "Alfred Nicol’s brilliant translation of the French original," Rhina Espaillat discovers "what imagination, speed, daring imagery, black humor and an uncanny gift for language can do to convey the unspeakable perfectly.”

Christianity and the Writer's Task, by Georges Bernanos, edited by John-Paul Heil. Should writers aim to comfort their readers or to shock them out of comfort? In this incisive series of letters and essays, collected here for the first time in English, Georges Bernanos argues for the latter. A good writer, he contends, must portray the harsh realities inescapably intertwined with sanctity and the necessity of suffering for the sake of sainthood.

The Joseph Tree, poems by Isabel Chenot. The Irish Catholic praises the collection's capacity for mystery and visionary prophecy: "We don’t know where any of the poems are going to lead us. That increases their power. The sentiments aren’t imposed. It’s as if they just occurred to her." Chenot dedicates the collection to her friend, who had to bury her own little son. As this Quill & Parchment review reveals, "Chenot has a way of weaving light, landscape, and truth in a kind of pastoral care for her grieving friend." Assisi celebrates "Lines that rise from the page and lodge in your heart."

Hold Fast, a novel by Spencer K.M. Brown, winner of the Penelope Niven Award and the Flying South Fiction Prize. As Thom and his son Jude grow further apart, Thom breaks from controlling calculations to live a childhood dream: rowing 350 miles across the length of Lake Superior . . . Mesha Maren, best-selling author of Sugar Run and Perpetual West, says “There is a refreshing straightforwardness in the quiet, solid beauty of this book. Something like a pared down James Agee.”

Poetry and Mysticism, by Raïssa Maritain. Inhabiting the tensions between sense and nonsense, poetry and mysticism, articulation and its absence, Maritain manifests the hidden mysteries at the heart of all poetry worthy of the name.

J.V. Cunningham's The Exclusions of a Rhyme. In his introduction, Stephen Shivone uncovers "something almost fierce and wild in his verse, which the form seems to be struggling to keep at bay, and the very strength needed to control the wild emotion somehow manifests its power."

As Glenn Arbery indicates, Herman Sutter's Stations "takes us deeper than we would have gone. These poems come out of real suffering and disillusionment with the lies we tell ourselves, and for that very reason they are a profound entry onto the Via Dolorosa."

Rhina Espaillat is the winner of numerous prizes including the T. S. Eliot Prize, the Richard Wilbur Award, and (twice) the Howard Nemerov Sonnet award. The following is therefore a very big deal: in 2023, Wiseblood Books will publish two of Espaillat's English-language translations: a volume of poems by St. John of the Cross (1542-1591) and a volume of poems by Sor Juana Inés de la Cruz (1648-1695). In his introduction to the former, the late poet Timothy Murphy remarks that "Espaillat’s translations strike me as effortless. St. John was her father’s favorite poet, she has had him in memory from early childhood, and her Spanish rivals her mastery of English. Poetic translation, requiring as it does adherence not just to beauty but to truth, is far more difficult an art than the composition of original verse. Espaillat’s translations of these very substantial poems are coming so fluently that one wonders whether the Holy Spirit is not directing her pen in some sort of private Pentecost."
Seren of the Wildwood, a long fantasy story in verse by Marly Youmans, forthcoming in March of 2023. Youmans is an award-winning author of over fifteen books, including, most recently, Charis in the World of Wonders. Appreciating the way in which Seren "whispers to our fractured souls," Makoto Fujimura calls the poem "an adventure that is at once psychologically potent and fantastical," and Amit Majmudar illumines that Youmans, by "hybridizing the 'bob and wheel' of medieval poetry with the iambic pentameter narratives of the Romantic and Victorian era, conjures a time-frame outside time, perfectly suited to the story. This book is itself a 'Wildwood' where fey, elusive, illusory phenomena draw the protagonist—and the reader—deeper and deeper into mystery.” Seren will contain cover and interior illustrations by the Welsh artist Clive Hicks-Jenkins, including these three here (click on the images): 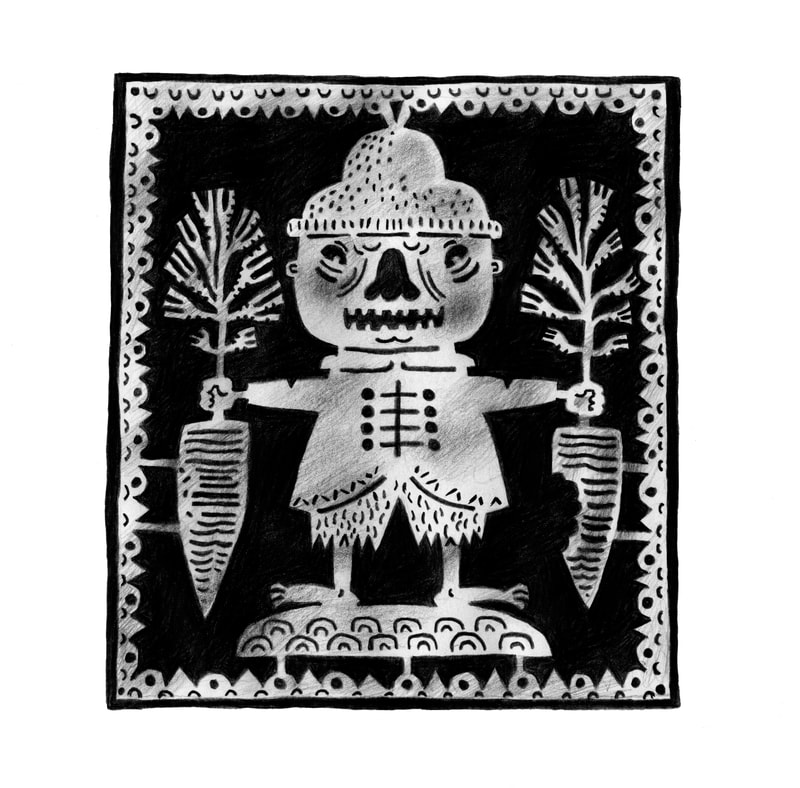 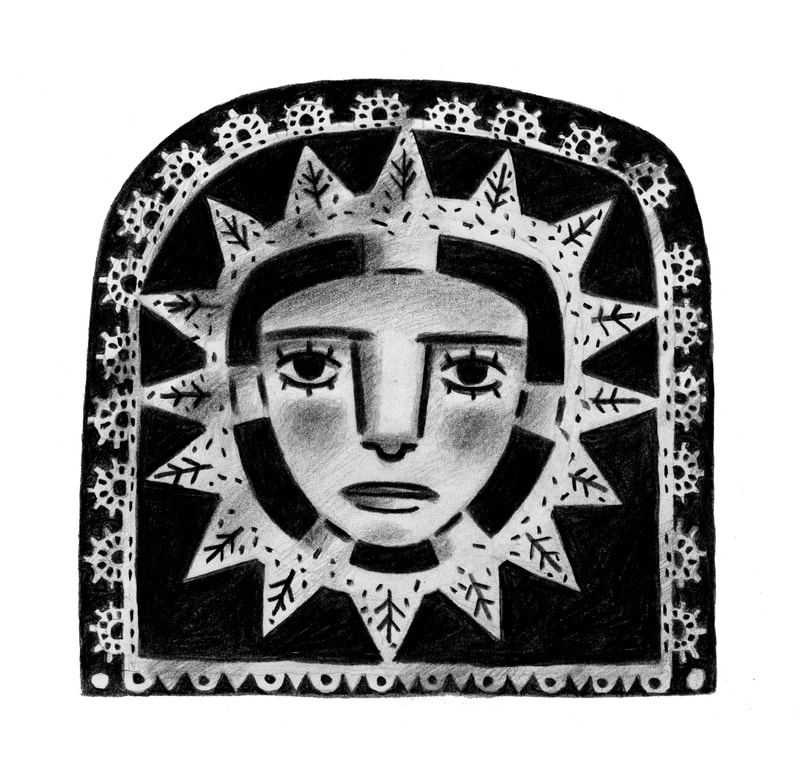 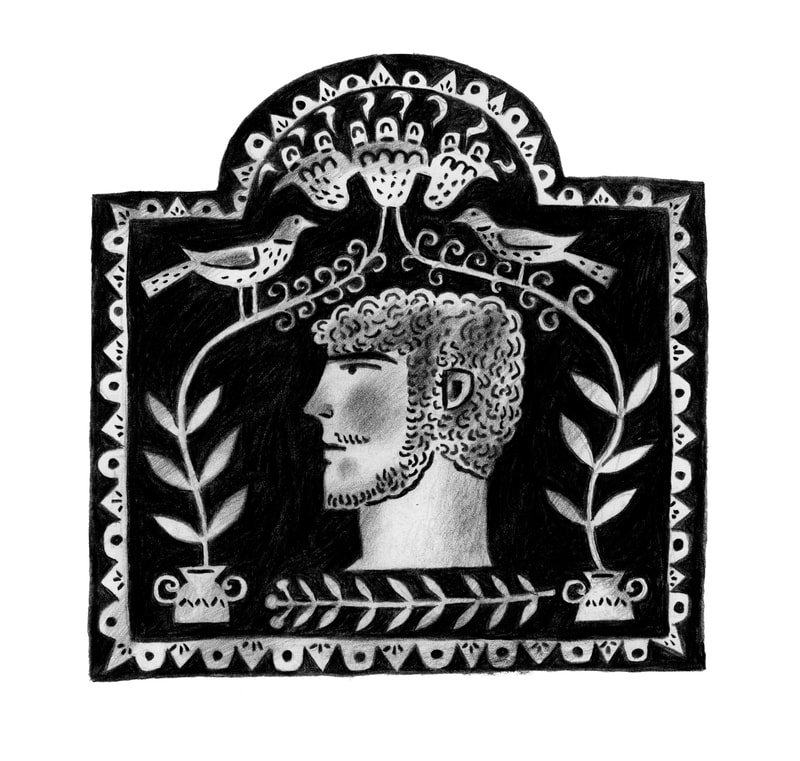 A two volume edition of Heimito von Doderer's 1,000 + page novel The Demons, with an expansive introduction by Georg Büchner Prize-winning novelist Martin Mosebach and, as an afterward, a never-before-available translation of Doderer's essay "Form and Function of the Novel" (both translated by Vincent Kling). In my Los Angeles Review of Books essay on Doderer's The Strudlhof Steps, I begin with a consideration of The Demons, too long out of print until now.
More 2023 Titles:

The Moon on Elba, Andrew Frisardi's second collection of poems ("Frisardi's . . . poems are technically well honed and built from tough language. . . . masterly . . . an important debut," wrote Matthew Brennan, editor of THINK, in his review of Frisardi's The Harvest and the Lamp); A Theology of Fiction (expanded) by Cassandra Nelson (a shorter version of Nelson's "A Theology of Fiction" appeared in First Things in April of 2022); both the novella and libretto versions of Hugo von Hofmannsthal's The Woman without a Shadow, Preface by Dana Gioia, translated by Vincent Kling, whose translation of Heimito von Doderer's The Strudlhof Steps (NYRB 2021) recently received the Helen & Kurt Wolff Translator's Prize; The Collected Essays of J.V. Cunningham, with a definitive introduction by James Matthew Wilson; Mark Shiffman's monograph What is Ideology?; and Katy Carl's debut short story collection Fragile Objects. In America Magazine, Mary Grace Mangano reviewed Carl's debut novel As Earth Without Water, which Harper's Editor Christopher Beha called "a sharp and moving meditation on freedom, choice, and the creative life. 'Art is from the soul,' one of Carl’s lost painters insists; this novel certainly reads like it is." Fragile Objects only deepens Beha's conclusion about Carl's place in contemporary fiction.

When not at the Wiseblood desk, I spent many of my waking and working hours teaching graduate fiction workshops, the Art and Metaphysics of Fiction, and preparing for a Spring 2023 Dostoevsky Seminar in the new MFA at the University of St. Thomas, which is flourishing beyond all imaginings, thanks in large part to the leadership of James Matthew Wilson: with over fifty students in the program, we are preparing for a third year of this remarkable cross-pollination of kindred spirits seeking a communion of artistic excellence and deep faith. 2022 also saw the publication of my debut novel Infinite Regress, which received gratifying reviews in such outlets as The Catholic Weekly and The American Conservative. Alongside Katy Carl's As Earth Without Water (Wiseblood 2021), Infinite Regress was reviewed in The Los Angeles Review of Books,  where I also contributed a number of reviews this past year. The Benedict XVI Institute published my theological-aesthetical manifesto Contemplative Realism, and with James Matthew Wilson, Katy Carl, and the novelist Brigid Pasulka I was invited to participate on a Contemplative Realism panel at the University of Notre Dame's Center for Ethics and Culture conference. (Did I mention that our family welcomed our fourth child, Avila, in January? Did I mention our eldest is now a teenager? It's been a gong show around here, folks, albeit a gong show of the very blessed variety.)

In order to do justice to the growing talent and reach of our writers, I have once again increased editorial, supervisory, and promotional work with Wiseblood Books. Our editorial team is stronger than ever, thanks especially to: the faithful assistance of our Managing Editor Louis Maltese; the copyediting virtuosity of Mary Lang and Kate Weaver; several UST-MFA students, recipients of Wiseblood Fellowships who serve as interns with the press; our new Assistant Editor Mary Finnegan; and, not least, Brittney Hren, ever our architect of thoughtfulness and order. We remain ready for another year of books! But we rely on your monetary support, which underwrites our resolute commitment to publishing new books that inhabit that rehabilitated old immigrant neighborhood which is the Catholic literary tradition.

I mentioned earlier that our tireless labors are a small price to pay. But to keep bringing rich books into being we need your gracious giving. At the end of the year, all nonprofits are asking for donations, and many others merit your monies more than we do. Still, I ask you to please consider making a tax-deductible Donation of Constantine, or offering even a Widow’s Mite, HERE. Without your generous help, Wiseblood Books would cease to exist. 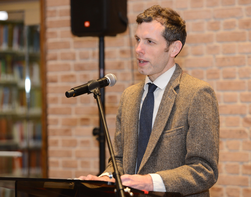