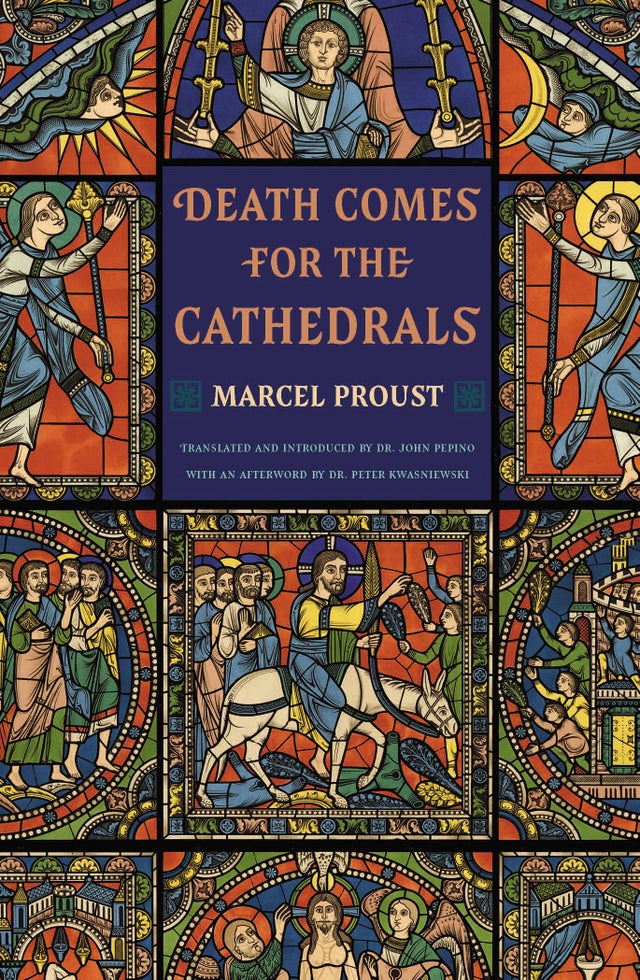 Death Comes for the Cathedrals, by Marcel Proust

"Suppose for a moment that Catholicism had been dead for centuries, that the traditions of its worship had been lost. Only the unspeaking and forlorn cathedrals remain; they have become unintelligible yet remain admirable."

So begins Marcel Proust's Death Comes for the Cathedrals (La mort des cathédrales), originally published in Le Figaro (1904). Proust addresses the political and religious debate concerning the "the Briand bill," a parliamentary proposal which imperiled the fate of French Cathedrals-"the first and most perfect masterpieces" of Gothic architecture. The great author of In Search of Lost Time gives prophetic voice to his own fear that "France would be transformed into a shore where giant chiseled conches seemed to have run aground, emptied of the life that inhabited them and no longer bringing an attentive ear to the distant murmur of the past, simply museum objects, themselves frozen." As Proust makes plain, though the cathedrals of France and the traditional liturgy of the Roman rite are the spiritual inheritance of the Church, they are part of the patrimony of all humanity and, pending preservation, their loss would leave all the world impoverished.

This Wiseblood Books edition of Death Comes for the Cathedrals includes an introduction by its translator, Dr. John Pepino, and an afterword by Dr. Peter Kwasniewski, who wonders whether life may yet return to the cathedrals. Throughout, beautiful color images of Chartres and its architectural features grace the pages.

Death Comes for the Cathedrals is also available from Amazon