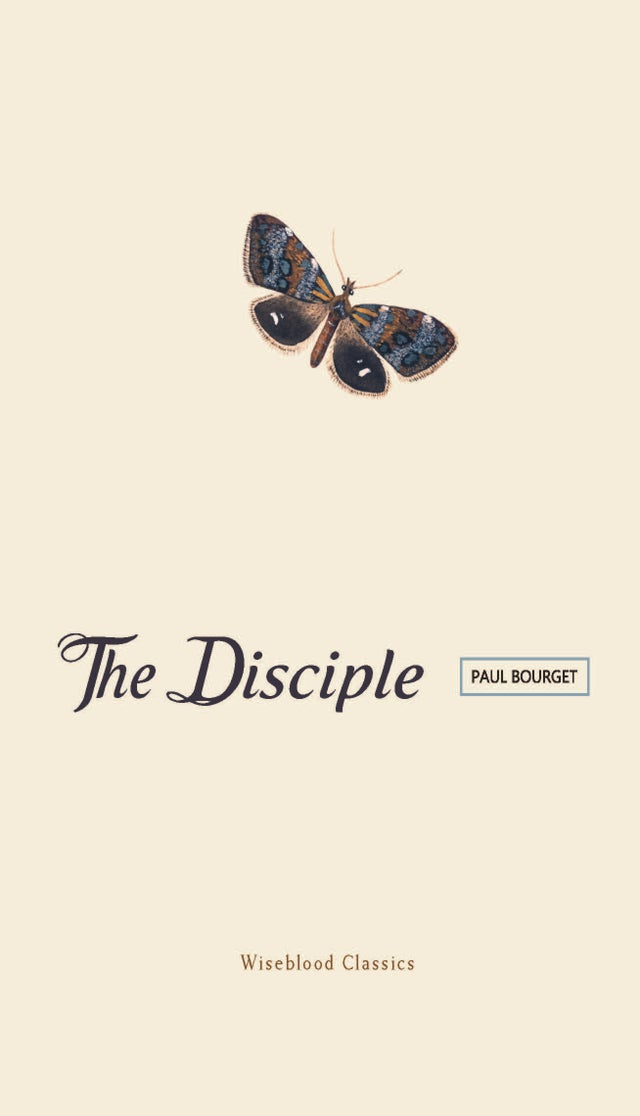 The Disciple, by Paul Bourget

Currently only available for purchase via Amazon HERE.

Adrien Sixte is a reclusive intellectual known for his theories on psychological materialism. Sixte’s orderly, self-enclosed world is violently interrupted when a desperate mother petitions his help and a judge summons him to a criminal trial. The young defendant, Robert Greslou—a student and self-styled disciple of Sixte—has sent his master a confidential memoir written in jail. Greslou’s psychological self analysis traces the nexus of causes that propelled him to his current predicament. The memoir culminates with his experience as a tutor for an aristocratic family: when he experiments with the affection he inspires in a young girl, the disciple’s actions eventually leading to her death.

“For many years,” Paul Bourget once confessed, “I, like most young men in modern cities, was content to drift along in agnosticism, but I was brought to my senses at last by the growing realization that there is in this life such a thing as responsibility for the influence we have upon others.” This Wiseblood Classic edition of Bourget’s, The Disciple, is a carefully edited and footnoted version of the only extant English translation. Rife with the revolutionary spirit of its age, the novel pulses with the large, lingering question: once man has freed himself from the ties of nature, religion, and unseen realities, where will his liberty lead him?