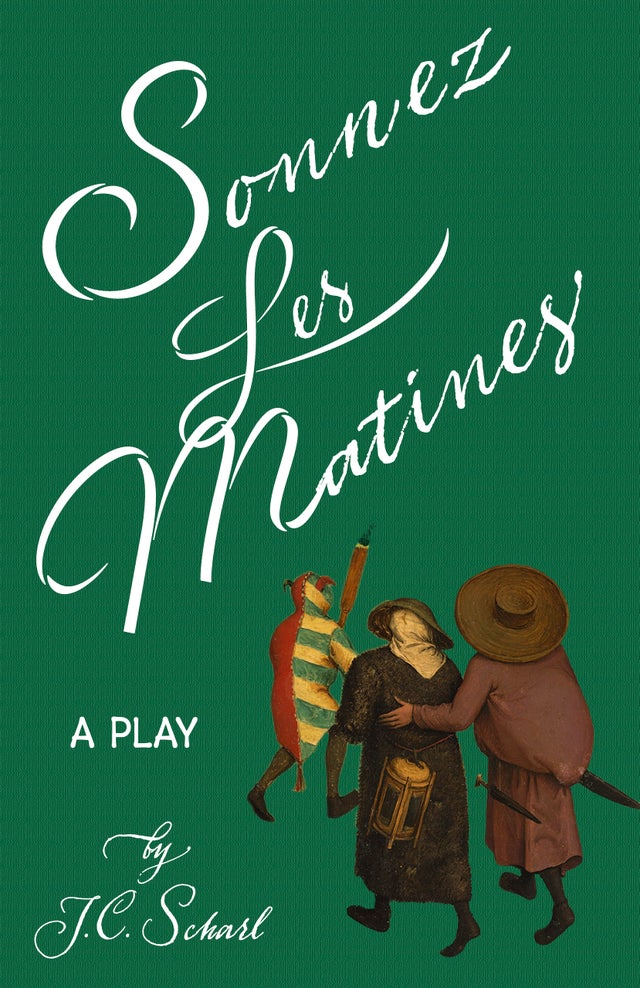 One Mardi Gras night in 1520s Paris, college students Jean Calvin (founder of Calvinism and autocratic ruler of Geneva), Ignatius of Loyola (founder of the Counter-Reformation Catholic religious order, the Jesuits), and their bawdy friend Francois Rabelais (the humanist novelist) find themselves mixed up in a gruesome murder—and any one of them might be guilty. The ensuing investigation sparks a battle of wits and weapons, plunging them into questions of justice and mercy, grace and sin, innocence, guilt, love, and contempt. Before the bells ring in the start of Lent, they must confront the darkest parts of their souls and find the courage to pursue truth in a world that seems intent on obscuring it.

Sonnez Les Matines imagines what might have happened if these three brilliant, volatile men had to put their convictions to the test while navigating a brutal crime and their own involvement in it. When left to his own devices, each character speaks in his own verse form, giving the play the feeling of a fierce sparring match between masters. Calvin's blank verse toys with despair as he wrestles with doubts about the goodness of God and the possibility of freedom; Ignatius commands situations in clipped iambic tetrameter, revealing his background as a disciplined soldier, while his passion for order shows through in frequent alliteration; and Rabelais dances around with iambic rhyming couplets, cracking profane, bawdy jokes that unexpectedly become profound meditations on the mysteries of God, creation, and grace.

A clever, heartfelt, and uproarious inquiry into the perennial mystery of human frailty. This is drama-as-literature in fine form, demanding we think, laugh, and mourn alongside its remarkable characters. Unforgettably original and great fun.

Jane Clark Scharl is a poet and critic. Her poetry has appeared in some of the nation’s top poetry journals, including The New Ohio Review, The Hudson Review, and The American Journal of Poetry, as well as internationally on the BBC. Her criticism has appeared in many magazines and journals, including Dappled Things, The Lamp, Fare Forward, The European Conservative, and others. She serves as a senior editor for The European Conservative, and teaches poetry through a partnership with Intercollegiate Studies Institute.