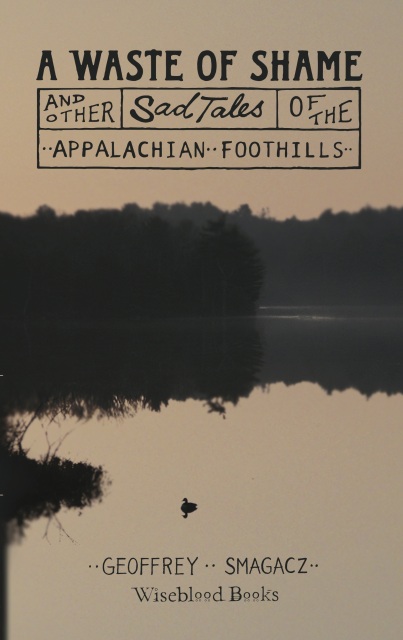 A Waste of Shame and Other Sad Tales of the Appalachian Foothills, by Geoffrey Smagacz

SKU:
$11.00
$11.00
Unavailable
per item
A Waste of Shame and Other Sad Tales of the Appalachian Foothills
As the Russian great Anton Chekov infamously noted, when a loaded rifle appears on page one, it absolutely must go off. In A Waste of Shame Geoffrey Smagacz does not ignore this dramatic principle.  Before the last page is turned, someone sadly pulls the trigger.

Smagacz debuts a short novel and an accompanying collection of short stories written in a vein that carries the blood of Hemingway, Wodehouse, Nathaniel West, and Sherwood Anderson. Enter a small town where tragedy collides with fish fry cooks, soap-opera addicts, and the convenient but strained friendships of youth. Minimalist through and through, this is literary fiction that scrupulously avoids being literary.

He puts the bullet through my head, says something like, "Brought him down with one shot," watches my body spasm for a few moments as blood pours out of my skull, and then says to Don, "You say anything and I'll blow your head off, too," or something like that.
At least that's what I thought he might do after I said I was going back to the farmhouse. Why the heck did I go into the woods with them in the first place?
- from A Waste of Shame
Suggested Retail Price $16.50
Add to Cart