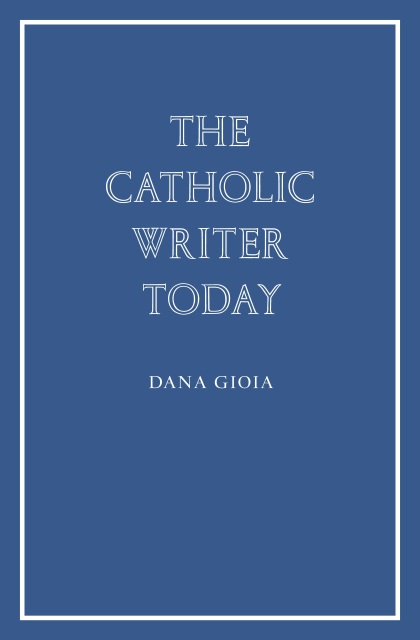 Dana Gioia's The Catholic Writer Today is the inaugural work in our Wiseblood Essays in Contemporary Culture. When it first appeared in First Things, The Catholic Writer Today was instantly recognized as a classic. Here for the first time is the full text of Gioia’s influential essay, a text which confronts the paradoxical fact that, though Catholicism constitutes the largest religious and cultural group in the United States, Catholic writers are currently almost invisible in American public culture. After establishing a lucid definition of Catholic literature, Gioia examines the decline in Catholic literary culture since its great rise in the mid-twentieth century. He challenges Catholic writers to reoccupy and repair their great tradition.

"Dana Gioia’s The Catholic Writer Today sets a mighty finger on the scales of literature: on the one side what matters and lasts, and on the other what’s shallow and doesn’t. This electrifying essay is a guide for the perplexed; its arguments about Catholic literature could be applied to American writing in general. Without the complications of tradition and history – the history of meaning – what’s left?"--Cynthia Ozick