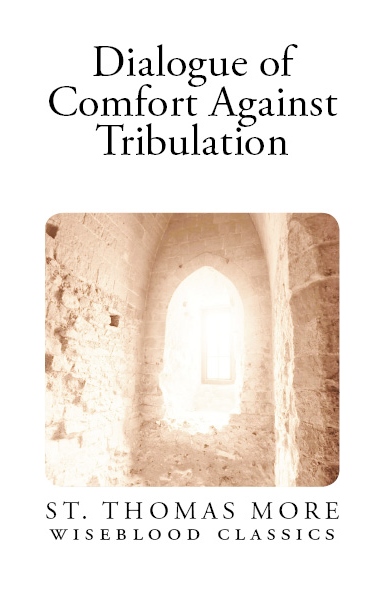 Dialogue of Comfort Against Tribulation, by Thomas More

SKU:
$9.00
$9.00
Unavailable
per item
St. Thomas More wrote his masterpiece DIALOGUE OF COMFORT AGAINST TRIBULATION during the last fifteen months of his life, months spent imprisoned in the Tower of London as he awaited execution for treason in 1535. Second only to King Henry VIII, More was a man with much to live for. He had wealth, position, and a very happy home life; he certainly did not desire a martyr's death. He wrote this DIALOGUE in hopes that he might persuade himself to compromise his conscience, and so preserve his life and station. Assuming the form of a conversation between two cousins in war-torn Hungary, under the threat of Turkish invasion, the DIALOGUE explores the prospect of Christian suffering and death. Wise old Anthony counsels his troubled younger cousin Vincent, who asks what a Christian ought to do in the face of slavery and death, how one is to endure the daily fear and sadness that accompany the mere threat of slavery and death. Through patient conversation, Anthony develops a lesson on the acquisition and cultivation of virtue, markedly the virtue of fortitude. This Dialogue exhibits the cheerful humor, artful styling, and depth of thought that mark all the works of St. Thomas More; a true saint for the modern age.

This Wiseblood Classics edition was carefully edited by Charles Schmitt.