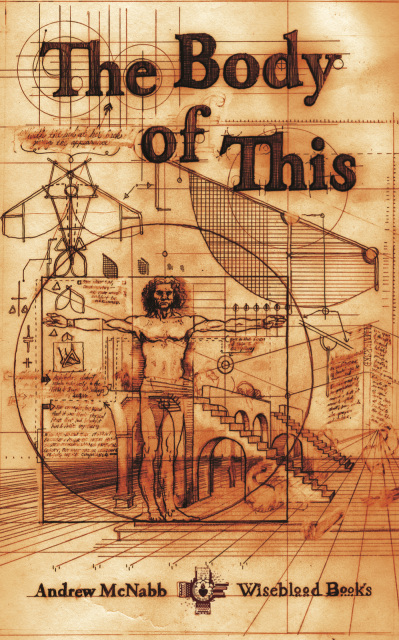 The Body of This, Short Stories by Andrew McNabb

An elderly couple finally discovers the essence of each other after a lifetime together; a Sudanese immigrant uncovers the beauty in the simplicity of a new way home; a seminarian adrown in Guinness questions his calling; an eccentric muses on the existence of a prayer to a wound. These are but a few of the storylines in Andrew McNabb's ethereal debut story collection, The Body of This.

With award-winning stories previously published in such esteemed and diverse literary venues as The Missouri Review and Not Safe, But Good (Best Christian Short Stories, 2007) (Thomas Nelson) The Body of This is an exploration of beginnings and endings, of architecture, the human body and what comes next. As Katy Carl contends in her introduction, McNabb is the rare writer capable of literary excellence and earnest exploration of questions and problems prompted by faith. This Wiseblood Books edition of The Body of This contains four new stories that serve as a bridge between McNabb's fictional work and his spiritual memoir Eight Days.

"The collection, as the title suggests, centres on bodies, human bodies in their various functions, relationships and ages, but also the bodies of buildings (which 'evolve' and 'breathe'), and the natural body of the created world. The tensions these stories recount (and generate in the reader) include those between the natural and the artificial, between being young and being old, being healthy and being sick, being rich and being poor, belonging to small city America (the stories are set in Portland, Maine) and not belonging there because one is a foreigner, is crippled, or is socially inept."

"The Body of This is a tough little bundle of shards that can as easily cut and make you bleed as it can reflect the one true light . . . Andrew McNabb is a brave storyteller."