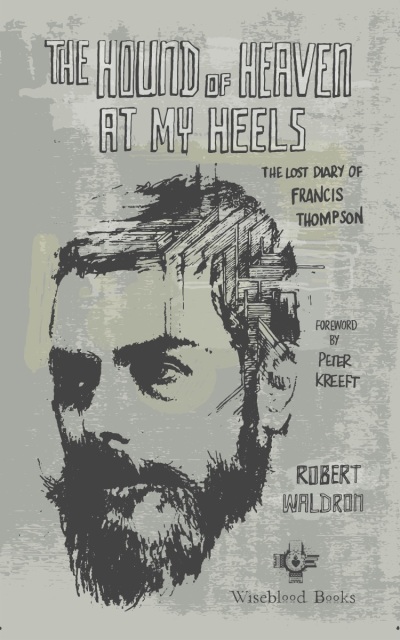 The Hound of Heaven at my Heels, by Robert Waldron

Robert Waldrons' The Hound of Heaven at My Heels is a fictional reconstruction of the poet Francis Thompson's lost diary; it is a heart-breaking and soul-lifting account of his spiritual, psychological, and physical regeneration. It is a poignant and inspiring story about the great poet Francis Thompson. Addicted to opium as a young man and reduced to homelessness on the streets of London, the poet, in a last effort to regenerate himself, sends to Wilfrid Meynell, the editor of the Catholic monthly Merry England, samples of his writing: an essay and a poem. Months pass before Meynell reads the soiled manuscript; he immediately perceives its genius and sets out to find the young poet but to no avail. He publishes the poetry in the hopes that Thompson will contact him.

"Waldron has woven fact and fiction together into a fascinating and intriguing story that shows us one of England's greatest poets struggling to save himself and give expression to the poems that burned within him.”--Edward O'Donnell, O.C.D. Editor, The Spiritual Life