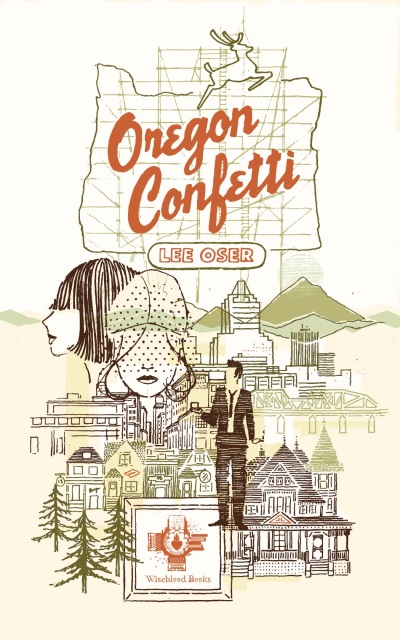 SKU:
$13.00
$13.00
Unavailable
per item
Portland art dealer Devin Adams is content earning a semi-honest living until one night his friend John Sun comes knocking at the door, bearing a mysterious baby. Rumored to be the greatest painter of his generation, Sun lives in a crumbling warehouse under the Fremont Bridge. Despite Devin’s strong natural preference for easy profits and easy women, the baby moves him in his wayward soul to join Sun on an absurd quest—a life-or-death adventure that stretches from the temples of junk to the corridors of power, from the shadowy streets of gangland to the wide, wide deserts of lust.

If Lee Oser intended to give readers a kind of Catholic Portlandia he succeeded. In this fast-paced, adventure-packed narrative about a Portland art dealer, a colorful cast of characters—from Jesuit priests to Chinese gang members—pursue the meaning of art and love, while the mysterious movement of grace directs their exploits to a satisfying conclusion. The dream of the Catholic novel is alive in Lee Oser’s Oregon Confetti.
–Jeffrey O. Nelson, Intercollegiate Studies Institute

Oregon Confetti is a fantastic mash-up of Portland vogue, crime fiction, contemporary art, and Christian myth. It’s a post-secular fable for people who don’t want to be cynics any longer. In witty, energetic prose, Oser takes on easy American cultural pieties and pushes his characters (despite themselves) to believe in something ultimate that can’t be ironized out of existence.
–R. Clifton Spargo, author of Beautiful Fools: The Last Affair of Zelda and Scott Fitzgerald

​It “would take Saint Augustine,” Devin says at one point, to “understand my erotic disorders.” He gives in willingly to temptation, first with a married next-door neighbor and later, and much more fully, with an unscrupulous and eco-conscious art vendor named Eve Labcoat. Their affair is less pleasurable hedonism than something more restlessly perverse, requiring increased dosages of kinkiness to remain interesting—sex as addiction, sex as God-substitute. Oser handles a number of erotic encounters with an unlikely but effective combination of Aristophanic humor and restrained delicacy, using the sex scenes to shed light on his hero’s foray into (as one of the chapters is titled) “godless territory."
–T.C. Merrill, The University Bookman
​
Author Bio
Novelist Lee Oser was born in New York City in 1958, of Irish and Jewish extraction. He grew up on Long Island and, after working in his father’s publishing firm, moved to Portland, Oregon in 1978, where he played bass in a series of rock bands including The Riflebirds, one of Portland’s best-known groups during the New Wave period. He graduated from Reed College in 1988 and went on to do graduate work in English at Yale University, which awarded him the doctorate in 1995. Around this time he returned for good to the Catholic faith. He taught at Yale and Connecticut College before landing at Holy Cross in 1998, becoming full professor in 2010. Oser has published three influential books of literary criticism and a well-received novel, The Oracles Fell Silent, also through Wiseblood Books. Professionally, he is known for his efforts on behalf of the Association of Literary Scholars, Critics, and Writers (ALSCW), a literature-advocacy group based in Washington, D.C.
​
Add to Cart