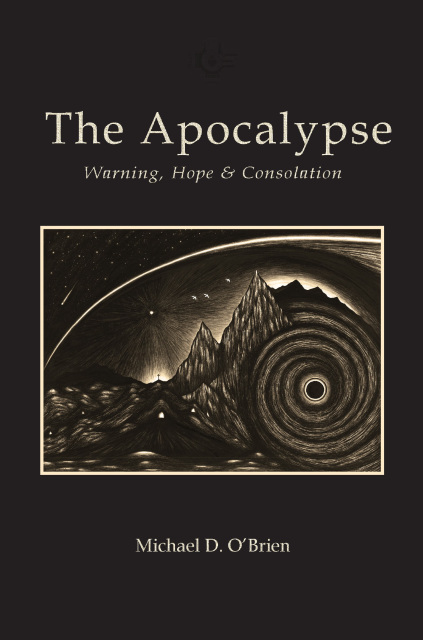 Of all the dimensions of the Faith, eschatology is probably the one that is the most neglected today—and one most believers are most suspicious of. Typically, books on the subject are either written by fundamentalist fear-mongers whose eschatology seems to come from the National Enquirer, or by their enemies, who soothe “peace, peace” when there is no peace, or by scholars who squint at gnats and swallow camels. Like Christ, this book will offend both Pharisees and Sadducees, both Herodian collaborators and Zealot revolutionaries.

The book is a wake-up call. It is utterly relevant to our times. A plethora of views that echo the words of Christ, of scripture, of the Fathers, and of modern writers such as Lewis, Chesterton, Tolkien, Ratzinger, John Paul II, Mother Teresa, Christopher Dawson, Josef Pieper, Cardinal Newman, and the Catechism. These are united in a harmonious chorus to tell us that we sit at the edge of an abyss which we have ignored or masked. We sit in the Titanic’s deck chairs enjoying martinis.

When Catholics hear and heed the message of this book, and not before, she will recover the passion and energy of our ancestors who, when they looked into the future, saw both a great light and a great darkness, both glory and gore, both wonder and war, where we see only a vague fog.

The comfort zone of Christians in once Christian societies is disappearing rapidly and a new totalitarianism, as the world has never seen before, is on the rise, preparing the way for a secular messiah—the Antichrist. Michael O’Brien is a whistleblower for sleeping Christianity, the whistle being the Word of God. We have acquired a habit of dumbing ourselves to the very severe warnings of our Lord Jesus Christ himself. But “we are people who can look into the reality of a dark age and find there the approaching victory of Christ.” Michael O’Brien’s book is a powerful call to prepare ourselves by making use of the many avenues of grace “that heaven is pouring out for us at this time.”

—Gabriele Kuby, author of The Global Sexual Revolution: Destruction of Freedom in the Name of Freedom

The crisis we are facing today in the Church, in the family and in society in general is at an unprecedented level. Throughout history God has raised up prophets to warn about the severity of offenses to Almighty God. Michael O’Brien has for most of his life been such a voice in the wilderness. His clarion call about the Apocalypse we now face is an essential warning for all those with ears to hear. —John-Henry Westen, founder and publisher, Lifesite News

Born in Ottawa in 1948, Michael O’Brien is the author of twenty-eight books, notably the novel Father Elijah and eleven other novels, which have been published in fourteen languages and widely reviewed in both secular and religious media in North America and Europe. His essays on faith and culture have appeared in international journals such as Communio, Catholic World Report, Catholic Dossier, Inside the Vatican, The Chesterton Review and others. For seven years he was the editor of the Catholic family magazine, Nazareth Journal. Since 1970 he has also worked as a professional artist and has had more than 40 exhibits across North America. Since 1976 he has painted religious imagery exclusively, a field that ranges from liturgical commissions to visual reflections on the meaning of the human person. His paintings hang in churches, monasteries, universities, community collections and private collections throughout the world. Michael O’Brien lives near Combermere, Ontario. He and his wife Sheila have six children and eleven grandchildren.