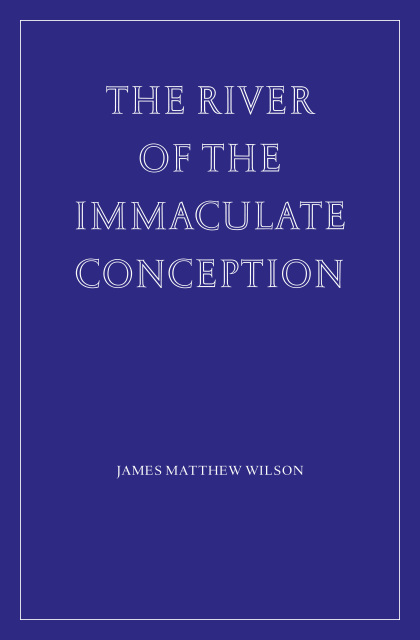 The River of the Immaculate Conception

In music as intimate and vital as that of auricle and ventricle, Wilson brings a story as uniquely American and Catholic as possible. Deeply informed by history as well as image, these lines sing a tight, glorious song in honor of the Blessed Virgin Mary.

James Matthew Wilson's new poem The River of the Immaculate Conception is at once a commemoration of composer Frank LaRocca's Mass of the Americas and a meditation on the history and place of Catholicism in North America. Ranging from St. Mary's Cathedral, in present-day San Francisco, back to the apparition of Our Lady of Guadalupe to Juan Diego, and on to the conversion of Elizabeth Seton, Wilson's poem speaks of a land with a sacred mystery at its heart. Just as the French Jesuits first named the Mississippi in honor of the Immaculate Conception, so does Wilson's poem offer a history of America as a place of grace, a stage where the words of the Christian faith are with pain and struggle discerned and understood so that they may give form to the destiny of an entire people. Liturgical in form and epic in scope, River is a gift to the Church and a new entry in the long tradition of Catholic literature.