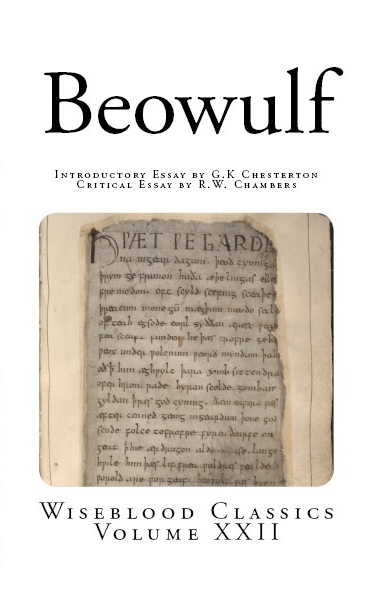 SKU:
$7.00
$7.00
Unavailable
per item
Beowulf, the Old English heroic-epic poem, tells of Beowulf, a prince of the Geatas, who voyages to Heorot, the hall of Hrothgar, king of the Danes; there he destroys a monster Grendel, who for twelve years has haunted the hall by night and slain all he found therein. When Grendel's mother in revenge makes an attack on the hall, Beowulf seeks her out and kills her also in her home beneath the waters. He then returns to his land with honour and is rewarded by his king Hygelac. Ultimately he himself becomes king of the Geatas, and fifty years later slays a dragon and is slain by it. The poem closes with an account of the funeral rites. Fantastic as these stories are, they are depicted against a background of what appears to be fact. Incidentally, and in a number of digressions, we receive much information about the Geatas, Swedes and Danes: all which information has an appearance of historic accuracy, and in some cases can be proved, from external evidence, to be historically accurate.

This Wiseblood Classics edition contains an introductory essay by G.K. Chesterton and an extensive excerpt from a study of Beowulf by R.W. Chambers, J.R.R. Tolkien's patron and supporter in the now famous author's early years. Chambers' works on Beowulf deeply influenced Tolkien's own seminal essay on the poem, "The Monsters and the Critics." Chambers wrestles with the Christian elements of this great epic.